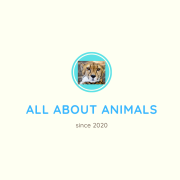 You’ve probably seen one of these cute little horses on the Shetland isles or somewhere else. You’ve perhaps touched a Shetland pony as well. I hope you have fun learning more about these playful little ponies. Read on to learn more

What Are Shetland Ponies

Shetland ponies are a small and hardy breed from the shetland isles.

Little horses have existed in the shetland isles for more than 2000 years, with archaeological excavations on the isles that revealed bones of bronze age equids. Horses presumably crossed on the shetland isles from icefields and were later bred with stock brought by Norse settlers.

This breed was further influenced by the Celtic pony which was bought to the islands between 1000 and 2000 BC. Quality feed was hard to find on the isles, and the winters were long and harsh, and only the toughest and most resourceful ponies could survive. The ponies were used for pulling carts, carrying peat and coal around the isles and for transport.

Shetland ponies arrived in mainland Britain during the mid 19th century. Throughout the industrial revolution, the need for coal. Escalated dramatically, and in 1847 a law was passed that banned children and women from hauling coal out of the pits. Shetland ponies were imported in their thousands to be pit ponies; Shetland ponies can pull twice their weight and were small enough to pass through the low tunnels. Some Shetland ponies were transported to the eastern United States to work as pit ponies.
The ponies spent most of their lives underground, and they didn’t live very long.

At the end of the 19th century, Shetland ponies were living semi-feral and were rounded up. Around 1880, studs appeared at the shetland isles. The studbook for shetland ponies was created in 1890 to maintain the purity and quality of the breed.

Today Shetland ponies are relatively free-range on the shetland isles, they graze on scattald (rough moorland). They are also popular for children mounts or working in harness or as companions and pets, as they are quite cheap to keep.
In the US, some miniature Shetland ponies have been trained as guide horses for the blind.

I hope you had fun reading and learning about these playful ponies and i hope you share this page and your knowledge with your friends and family.

Are You And Animals Expert Quiz